By Jim Sheng April 09, 2017
My cousin told me she made Jiaozi dumplings with her classmates one weekend, fillings are "wild chives" and pork mince. They  picked "wild chives" in the wood behind their house. Though I asked her to show me next time and also pick some to make dumplings, I was actually suspicious, and not so enthusiastic about making wild chive dumplings. There is an old Chinese saying, 'He who was once bitten by a snake will always have a fear of a coiled rope.' Last Christmas, I bought a bunch of daffodils, and mistook them as garlic sprouts. I cooked with pasta,  half an hour after dinner, my stomach started aching, and vomited everything out. Luckily my daughters didn't like the bitter taste, they only ate a little. They vomited also, but not as serious as me. It's said on the internet that many Chinese mistake daffodil as garlic shoot and got poisoned. I AM afraid of being poisoned again by some unknown plant. 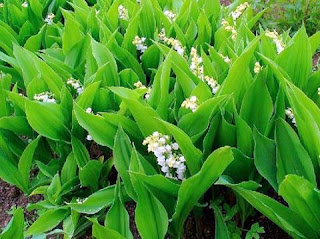 Today we went for a walk along a the Ox Field Beck, crossed a wooden bridge over the brook, my cousin pointed out to me the "wild chives" on the roadside, she picked one leaf and let me smell it. It does smell like Chinese chive or garlic. When we came back from the Morrison's supermarket, and passed the Round Wood, we saw the whole ground covered with this plant. 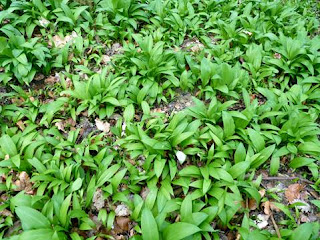 We picked some, and fried with eggs, the yellow and dark green colour looks quite nice, and it tastes exactly like Chinese chives, smells and tastes delicious too. 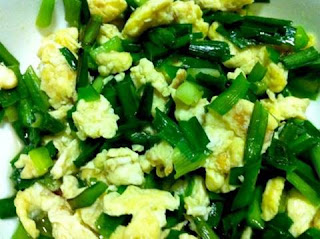 According to Wikipedia, it also known as ramsons, buckrams, wild garlic, broad-leaved garlic, wood garlic, bear leek, or bear's garlic – is a wild relative of chives native to Europe and Asia. If it's a "relative of chive", then it's not poisonous and safe to eat.

Actually, this herb is very popular among Chinese community in Europe, many people talked about it. This taco filled with fried egg and wild chives, it do make your mouth watery. 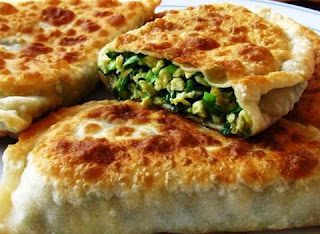 You can also eat in wrap: 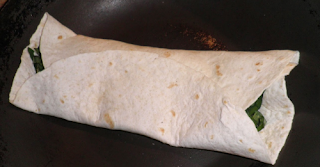 Jiaozi dumplings are Chinese traditional food, I have long been eating Italian tortellini as a substitute, now I can make Jiaozi with this filling instead of chives. 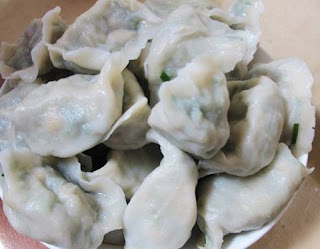 You can also stir fry with shredded or diced meat and peppers. 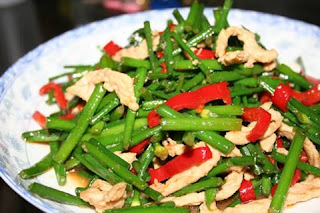 You can of course also use bear's garlic as salad, boiled as a vegetable in soup, or as an ingredient for a sauce that may be a substitute for basil. The stems can be preserved by salting and eaten as a salad too.