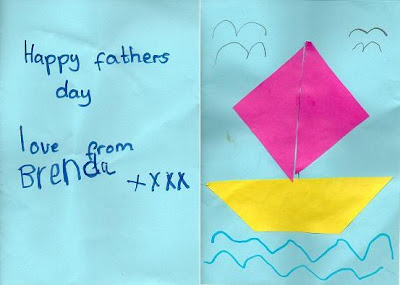 Father's Day is celebrated on the third Sunday of June in 52 of the world's countries. Sonora Smart Dodd of Washington was the first to solicit the idea of having an official Father's Day observance to honor all fathers. The first observance of Father's Day is believed to have been held on July 5, 1908.

It took many years to make the holiday official. Father's Day ran the risk of disappearing from the calendar. Where Mother's Day was met with enthusiasm, Father's Day was met with laughter. It was the target of much satire, parody and derision, including jokes from the local newspaper, Many people saw it as just the first step in filling the calendar with mindless promotions like "Grandparents' Day", "Professional Secretaries' Day", etc., all the way down to "National Clean Your Desk Day."

The Associated Men's Wear Retailers formed a National Father's Day Committee in New York City in the 1930s, which was renamed in 1938 to National Council for the Promotion of Father's Day and incorporated several other trade groups. This council always had the support of Dodd, who had no problem with the commercialization of the holiday and endorsed several promotions to increase the amount of gifts. In this aspect she can be considered the opposite of Anna Jarvis, who actively opposed all commercialization of Mother's Day.

In China, Father's Day on August 8 was first held in Shanghai in 1945, under under the rule of Nationalist Party (Guo Ming Tang) with the title of Republic of China. Now it's celebrated unofficially in the the third Sunday of June, but in Taiwan, Father's Day is still observed on August 8.

He didn't tell me how to live; he lived, and let me watch him do it. ~Clarence Budington Kelland

When I was a boy of fourteen, my father was so ignorant I could hardly stand to have the old man around. But when I got to be twenty-one, I was astonished at how much he had learned in seven years. ~Mark Twain, "Old Times on the Mississippi" Atlantic Monthly, 1874
First Father's Day Poems:

What is a Dad?

A Dad is a person who is loving and kind,
And often he knows what you have on your mind.
He's someone who listens, suggests, and defends -
A dad can be one of your very best friends!
He's proud of your triumphs, but when things go wrong,
A dad can be patient and helpful and strong.
In all that you do, a Dad's love plays a part -
There's always a place for him deep in your heart.
And each year that passes, you're even more glad,
More grateful and proud just to call him your dad!
(by: Anonymous)

Magic Penny
After putting their three-year-old child Brian in bed, his parents heard muffled sobs coming from his room one night. Rushing back in, they found that the child was crying hysterically when he saw them. He told his parents that he had accidentally swallowed a penny and was sure that he would die now. The father, in an attempt to sober him down, took out a penny from his pocket and pretended to pull it out from Brian's ear. The child was really thrilled and stopped crying at once. In a flash, he snatched the penny from his dad's hand, swallowed it, and then cheerfully demanded, "Do it again, Dad!"