Is Aladdin a Chinese? 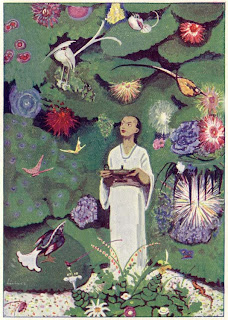 Aladdin is an Arabic name, but he lived in China.  Is he a Chinese?
Aladdin's wonderful Lamp was included in the first European version of the Book of the Thousand and One Nights (1704-1717), but not in the original Arabic manuscript.
So it's a problem who originally invented the story,  Arabic or European? In a 19th Century Pantomime, Aladdin's hometown is Beijing or Peking, spelled "Pekin" in the report,  now capital city of China.
Derby local newspaper Mercury reported the pantomime in December, 1878. The reporter said "the representation of the city of Pekin, illuminated for a fete, is really very good indeed".  Above all, Pekin, Beijing or no, it would be found to be delightfully local in parts, with the opportunity never missed of getting  at the Derby City Council, as in on Scene:
BADROULBADOUR - And you will live here, dear Aladdin?
ALADDIN -  Yes, And livery servants in most gorgeous dresses
shall wait upon you - you shall hear the lark
Sing from your palace in Sim's Park.
BAD. - I thought Parks the peoples' - their estates.
ALAD. - The people are allowed to pay the rates.
BAD. - The rates are high, yet people pay.
ALAD. - They do;
And with high rates they get irate too, &c.