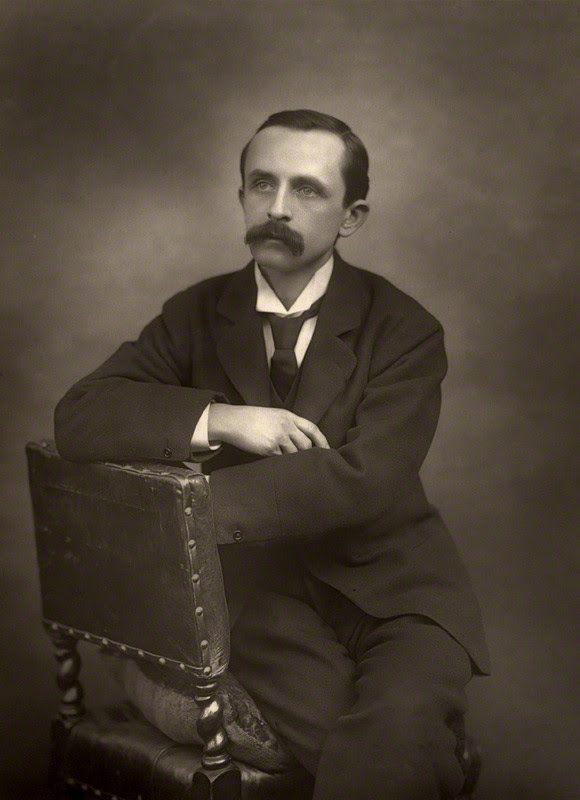 Except for Alice, Peter Pan must be the most thoroughly English of all invented legends.

It was Friday night. Mr and Mrs Darling were dining out. Nana had been tied up in the backyard. The poor dog was barking, for she could smell danger. And she was right - this was the night that Peter Pan would take the Darling children on the most breath-taking adventure of their lives, to a place called Neverland, a strange country where the lost boys live and never grow up, a land with mermaids, fairies and pirates - and of course the terrible, evil, Captain Hook. Peter Pan is undoubtedly one of the most famous and best-loved stories for children, an unforgettable, magical fantasy which has been enjoyed by generations.

The author James Matthew Barrie was born in Scotland, the son of modestly successful weaver. J. Barrie was the ninth child of ten (two of whom died before he was born). He was a small child, and he remained both emotionally and physically as a child, because he would only grow up to about 5 feet as an adult.
He invented and popularised the name "Wendy". He adored young Margaret Henley, who called him 'my Wendy' (for 'Friendy') and died at the age of six. The 'Wendy' had never been used in both Britain and America before he gave it to the heroine of Peter Pan.
Peter Pan was first produced on stage on 27 December 1904, and has been produced in Britain every year since as a Christmas must-have program. There can be little doubt that it is the finest play ever written for children. In 1911, Barrie turned the story into a book, that was originally called Peter and Wendy.

Children from all of the world may benefit from the fantastical story itself, all very sick children from the Great Ormond Street Children's Hospital has been benefiting from the copyright in this book.
Under UK law, copyrights will expire 50 years after author's death, but It's very interesting in this special case that all copyrights on Scottish author J.M. Barrie's Peter Pan will never expire after his death in 1937.

J. M. Barrie made his bequest in 1929, eight years before his death. He had been asked to give a series of fundraising lectures in support of the Great Ormond Street Children's Hospital, which was founded in 1852. But, being too shy to speak, he donated the royalties from Peter Pan instead.

In 1987, fifty years after Barrie's death, copyright expired under UK law. However, the following year a unique Act of Parliament restored royalty income from all versions of Peter Pan to the Hospital, which means that the very sick children there will continue to benefit from J. M. Barrie's generous gift for as long as the hospital exists.