By Jim Sheng September 05, 2008
I bought a Net-lynx wireless router and a Firewire cable from a local "Computer N Stuff" shop.

As for a wireless router, I thought it can just plug and play, but unfortunately, I couldn't figure out how to connect to the Internet for a whole day, no matter what I did, wireless network is seen but connection is for local only. I felt very frustrating and silly. 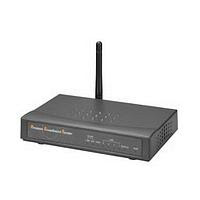 After several phone calls for technical support, I realized that it will be much cheaper and hassle free to buy a wireless router from my broadband provider Virgin Media. Virgin Media doesn't support third party router, and the local shop staff almost know nothing about compatibility. My vista laptop is not include in the Net-lynx user manual. Some people say, to support this legacy device, we need to edit Vista Windows registry, or use static IP address and disable DHCP function. I tried both without success.


Giving up trying the wireless router, I turned to my 1394 IEEE firewire cable, and couldn't help laughing, I got wrong cable, too. Actually I need a 4pins/4pins cable instead of a 6pins/4pins, because both data port on my camera and laptop are 4pins. 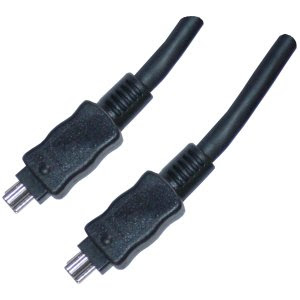 My frustrating and silly feeling doubled, it's so difficult to earn revenue from Adsense, but so easy to spend my money in one shopping for these useless things. And waste my time, too.


The guy at Computer N Stuff shop is not so bad, he refunded the wireless router and changed my wrong firewire cable. At last, I can import my video from my tape to computer, and swear that I shouldn't buy cheap product any more.

I bought the camcorder just because of cheapest, and couldn't export tape videos to computer without a 1394 card and cable, and then lost my primary enthusiasm to take videos, and feel useless, too. My wife bought a £9 camera from Argos, and never take a picture.