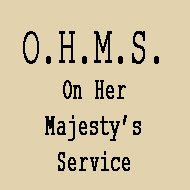 We received a notice from my daughter's nursery. It says one of Her Majesty's Inspectors(HMI) will be visiting the Primary school.

The school was given a Notice to Improve after the Ofsted Inspection in February. This is the follow up visit by an HMI, the inspection will focus on the action the school has taken to address the key issues raised in the February report.

As a Chinese, we feel strange of the word "Her Majesty", King, Queen, Prince and Princess, all the royal stuff has long gone since 1911 revolution, the last Qing Emperor Pu yi lived his rest life in jail.

I can feel the morality and humanity inside the name of "On Her Majesty's Service", it seems the far echo of Confucius's "Kingly Way".

Constitutional Monarchy should be ideal form of all future government, such as United Kingdom. My wife says, the Queen has no political power, Her Majesty is just a representative of the nations. But I think, in modern society, nobody should have "Political Power", include the the head of government prime minister, who looks like have REAL POLITICAL POWER, everyone in the country should be legally bound under the national constitution.